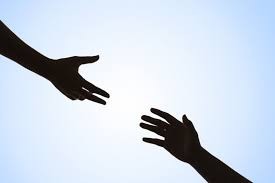 Research by the respected Center for Creative Leadership (CCL) in the United States found that the primary causes of executive derailment, like Hayward, involve deficiencies in emotional competence. Each year CCL serves more than 20,000 individuals and 2000 organizations, including more than 80 of the Fortune 100 companies.It says the three main reasons for failure are difficulty in handling change, inability to work well in a team and poor interpersonal relations.

International search firm Egon Zehnder International analyzed 515 senior executives and discovered that those who were strongest in emotional intelligence were more likely to succeed than those strongest in either IQ or relevant previous experience. Research that has been done on the relationship between emotional intelligence (EQ) and IQ has shown only a weak correlation between the two. The Carnegie Institute of Technology carried out research that showed that 85 percent of our financial success was due to skills in “human engineering”, personality, ability to communicate, negotiate and lead. They found that only 15% due to technical ability. In other words people skills or skills highly related to emotional intelligence were crucial skills.

Nobel Prize winning Israeli-American psychologist Daniel Kahneman found that people would rather do business with a person they like and trust rather than someone they don’t even if that that person is offering a better product at a lower price. To test out his findings think of the last time you purchased a major item, a home, automobile or large appliance where you had to dealings with a salesperson. Was the person someone who you liked and trusted? In my speaking engagements,  I have found that whenever I asked this question, inevitably the entire audience answered that yes the person they bought a large item from was someone they liked and trusted. This theory about why salespeople with the right people skills do better than whose who lack them is borne out by a study carried out by the Hay/McBer Research and Innovation Group in 1997. In a study carried out in a large national insurance company in 1997 they found that sales agents weak in emotional areas such as self-confidence, initiative and empathy sold policies with an average premium of $54,000, while those strong in 5 of 8 emotional competencies sold policies on the average worth $114,000.

Much of the research that has been done on emotional intelligence has been at the executive leadership level. The higher up the organization the more crucial emotional intelligence abilities are as the impacts are greater and felt throughout the entire organization. There have been some studies, however, that show impacts at all levels. For example, a study by McClelland in 1999 showed that after supervisors in a manufacturing plant received training in emotional competencies such as how to listen better, lost-time accidents decreased by 50% and grievances went down from 15 per year to 3. The plant itself exceeded productivity goals by $250,000.The same principles apply in all areas of life, whether at work or in relationships. Everyone wants to work with people who are easy to get along with, supportive, likeable and can be trusted. We want to be with people that do not get upset easily and can keep their composure when things do not work out according to plan.What do we look for and how do we hire emotionally intelligent people? The first thing that is essential for any degree of emotional intelligence is self-awareness.People with a high degree of self-awareness have a solid understanding of their own emotions, their strengths, weaknesses and what drives them. Neither overly critical nor unrealistically hopeful, these people are honest with themselves and others. They recognize how their feelings impact them, other people around them and their performance at work. They have a good understanding of their values and goals and where they are going in life.

Being confident, as well as aware of their limitations, are less likely to set themselves up for failure. We can recognize self-aware people by their willingness to talk about themselves in a frank, non-defensive manner. A good interview question is to ask about a time that the interviewee was carried away by their emotions and did something they later regretted. The self-aware person will be open and frank with their answers. Self-deprecating humour is a good indicator of someone who has good self-awareness. Red flags are people who stall or try to avoid the question, seem irritated or frustrated by the question.

After self-awareness is the ability to self-regulate emotions.

We all have emotions which drive us and there is nothing we can do to avoid them. People who are good at self-regulation, however, are able to manage their emotions so that they do not control their words and actions. While they feel bad moods and impulses as much as anyone else, they do not act upon them. People who act upon their negative feelings create havoc, disruptions and lasting bad feelings all around them. We feel before we think and people who constantly react from an emotional state never wait long enough to allow their thoughts to override their emotions. People who self-regulate have the ability to wait until their emotions pass, allowing them to respond from a place of reason, rather than simply reacting to feelings. The signs of someone who is good at self-regulation are reflection, thoughtfulness, comfort with ambiguity, change and not having all the answers. In an interview look for people who take a little time to reflect and think before they answer.

Empathy is another important aspect to look for when hiring.

Someone who has empathy will have an awareness of the feelings of others and consider those feelings in their words and actions. This does not mean that they will tiptoe around or be unwilling to make tough decisions for fear of hurting someone’s feelings. It simply means that they are aware of, and take into consideration the impact on others. They are willing to share their own worries and concerns and openly acknowledge other’s emotions. A good way to look for empathy in an interview is to ask a candidate about a situation where a coworker was angry with them and how they dealt with it. Look for a willingness to understand the source of the co-workers anger, even though they may not agree with the reasons for it.

Social skills is another area of emotional intelligence that is highly important in the workplace.

To have good social skills requires a high level of the other skills aforementioned as well as the ability to relate and find common ground with a wide range of people. It goes beyond just friendliness and the ability to get along with others. People with social skills are excellent team players as they have the ability to move an agenda along and keep focus while at the same time remaining aware of the emotional climate of the group and possess the ability to respond to it. These people are excellent at making connections, networking and bringing people together to work on projects. They are able to bring their emotional intelligence skills into play in a larger arena. To look for social skills in an interview ask questions related to projects and difficulties encountered around varying agendas, temperaments and getting people to buy in.

< INTROVERTS: Unleashing The Power of the Thinkers in Your Workplace.
7 Toxic Types of People in the Workplace to Run From >