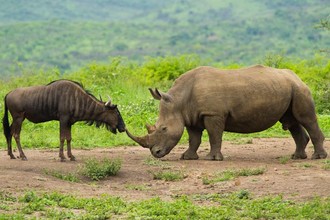 “You must never try to make all the money that’s in a deal. Let the other fellow make some money too, because if you have a reputation for always making all the money, you won’t have many deals.” ~ J. Paul Getty ~

J.Paul Getty recognized a very fundamental aspect of successful negotiation, in that it needs to be seen as a win by both parties. For any negotiation to be successful everyone involved must have something to gain and something to lose if the negotiations are not successful. When negotiations end with one of the participants feeling they have lost at the expense of the other, there is lingering resentment, lack of trust and other negative outcomes which limit the possibility of any success in future negotiations. This will hurt the side which was seen as being successful as much as the one that considers itself taken advantage of.

Here are 5 elements that make for successful negotiation:

Being Aware of and Manage One’s Emotions

When emotions take over negotiations they can go sideways very quickly. The negotiations can turn into a test of willpower with one or both parties turning it into a game of one-upmanship. When being right becomes the focus instead of how to make things work for both parties, negotiations can quickly turn into a stalemate with neither side willing to compromise. When a negotiator feels strong emotions are affecting his or her ability to think strategically, it is best to take a time out to refocus. The more there is at stake in a negotiation the longer it will take and the more patience is required. When our feelings tell us that we, or the other party are at an impasse it is important to stop at that point and come back when we are feeling refreshed and have more energy. To keep going after this points will only result in positions becoming entrenched and negative feelings towards the other party increasing, making a successful negotiation more difficult in the future.

Aware of the Needs of the Other Party

Successful negotiators make themselves aware of what the other side needs to come out of the negotiations with a win. They find out early on by asking questions to try and flush out what it would take for the people opposite them to come to an agreement. Instead of looking at negotiations as an adversarial exercise with winners and losers, they look at the process in terms of forming a successful partnership with benefits for all concerned. If the other side comes from a different cultural background with different value systems, it is important to know, be aware of these differences and how they will play out. Letting the other party know we are aware of where they are coming from goes a long way towards breaking down barriers that impede collaboration. If we are aware of, and able to come up with ideas on how the other side would be better able to “sell” the deal to their own people, our leverage in the process could increase substantially. Always be aware of the fact that if you reach an agreement that is good for both of you, both of you will win.

Usually when we are involved in a conversation, we are thinking of how we are going to respond rather than really listening to what the other person is saying. In bargaining it is important that the other side feel they are heard and understood. One of the best ways to do this is to feed back what they have just said and ask if we understood what they were saying. Making a point of doing that forces us to actively listen instead of thinking about what we are going to say next. Having the other party feel they are heard and understood lubricates the process and breaks down barriers to achieving an agreement.

Rather than being stone faced as a poker player to not give anything away, it is better to share emotions that might help move things along. An example of this is sharing that you are feeling frustrated and illustrate observations that the other side might be feeling this as well. Realize that like you, the other party will have to go back to their own people and justify the deal that they made. Bringing up pressures that both of you are under helps to build confidence that an agreement can be reached.

Being real and genuine means to not complicate matters or make them even more difficult by using words and phrases to try and hide what the real issues are. Both parties understand what is really at stake and trying to confuse the issues or talk around them only adds mistrust. Be open, honest and direct with how your side understands the issue and accept the other side may have a totally different viewpoint. If you have a personal stand on the subject, bringing it up will help to build trust as the other side will not have to try and where you are coming from. Being genuine will encourage the other party to do so as well, breaking down barriers so that you can get down to the real issues at hand more quickly. If you personally think that the offer from the other side is a good one but you will have problems taking it back to your own people let the other side know that. Perhaps they will have ideas on how you can make this more acceptable to the people you represent.