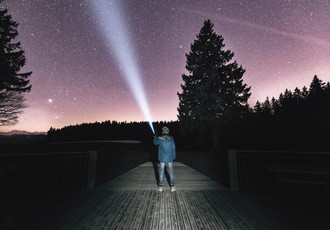 In July of 2011, an article appeared in Psychology Today asking the question; “Is loyalty dead?” It wasn’t the only article that was wrestling with the same concerns that were running through business circles. The notion of decreasing loyalty in the workplace has been steadily spiralling downward for decades. Today people in their 20’s change jobs on an average of every two years. The old contract of loyalty whereby the employee stayed with the organization in exchange for lifetime security, has been gone for some time now. Despite the general level of loyalty to an employee is decreasing, there are still organizations which inspire high levels of loyalty. While a number of factors come into play in the loyalty equation, leadership is still a major one.

Here are 7 attributes and how leaders inspire loyalty in those under them.

Nobody likes to work for a phoney. While they may have been tolerated in the past out of a need for security at work, younger generations are increasingly unwilling to accept direction from people they have little respect for. Authentic leaders can be counted on to say what they mean and do what they say. They are the same person to their staff, to those above them, their customers and partners.

Genuinely See Their Purpose as Serving Those Under Them

Loyalty inspiring leaders sincerely see their part as role modelling, motivating and improving those that they lead. They see their staff as more than a stepping stone towards, or a means to, their own promotion up the ladder. They find meaning and purpose in advancing and bringing out the best in those that they lead. Success to them is counted in the number of people that they have helped advance in the organization. In private conversations regarding their work, they love to include stories about those employees and their accomplishments.

Encourage and Support Those Under Them in Their Development

The best leaders are continuously looking for ways to support their staff to develop themselves, not only in the workplace but also in areas of their personal lives. They look for opportunities to challenge those under them and use their resources to provide training and opportunities to advance in the organization. If the type of opportunities are not available within the organization, inspiring managers will do all they can to try to set them up, even looking for help outside the organization to do so. Inspiring leaders are more afraid of their staff stagnating than they are of losing them to other organizations after they have spent time and resources developing them.

Support and Trust Their Staff

Leaders who inspire those under them are open and transparent with their values and ideas; sharing them enthusiastically and openly at every opportunity. Their followers never have to guess where they are coming from. They make it very clear to their staff what it takes to be successful in the organization and share where they see the organization is going. Their positive energy and belief in those they are working with is contagious and boosts the energy of those around them.

Jump In and Help Out Whenever They Can

Regardless of what position they hold, inspiring leaders take the opportunity to work alongside those that they lead every chance they get. Regardless of their rank, they never see any work that their staff do as being too far beneath them to participate in. If emergencies strike, leaders who inspire are the first ones on the scene and offering to do whatever is necessary to get the job done. He/she demonstrates they don’t expect anyone to do a task that they themselves are unwilling to do.

Take a Genuine Interest in the Lives of Their Staff

Talk to any inspiring leader and they will be able to share an amazing wealth of information about their staff, not only their work history but their families, hobbies and interests outside of work. They are well aware that staff have lives outside of their work and there are a lot of outside factors that impact their work performance. Managers who are there to support their staff in all areas of their lives which in turn, inspires much greater loyalty than those who show no interest, or concern in their personal lives. The sign of an inspiring manager is one who gets invited to major events that their employees are celebrating and is commonly included in group events that staff organize.