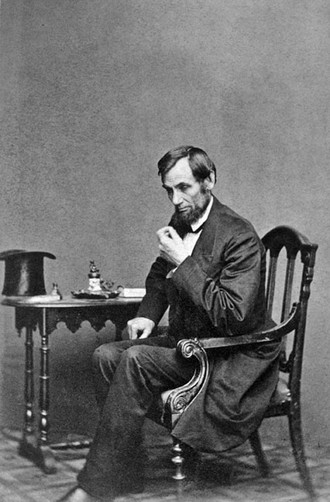 "Character is like a tree and reputation like a shadow. The shadow is what we think of it; the tree is the real thing."

When asked to rank American Presidents, scholars consistently have ranked Abraham Lincoln amongst the top three, and when ranked on leadership he is usually ranked number one. It is well known that Lincoln became successful despite overcoming many barriers such as poverty, loss of family members, failure in business and politics and lack of education. The reasons for his success have been widely debated and there is good evidence to suggest that Lincoln possessed a high level of emotional intelligence that allowed him to overcome countless obstacles that would have stopped most people.

Here are 5 areas that Lincoln excelled

He Kept His Vision in Constant Focus

Keeping his vision and what he was working towards, allowed Lincoln to set aside personal differences, egos and personal ambition and continually work towards an end that he envisioned. To do this he needed to have the best people around him, despite the fact that many of them disagreed with him and publicly criticized him. As he was constantly being challenged he had to forgo the need to be right and put his ego and personal feelings aside for the betterment of others and his country. If others came up with better ideas and solutions he was always ready to listen and change his mind if he needed to.

Ability to Manage His Emotions

When challenged, as he often was, by subordinates Lincoln was able to able to channel his emotions and not retaliate or lash out in anger. He used letters as a way of diffusing his anger. When he felt anger he would write a letter and not send it until he had a chance to cool off, usually the day after. In most cases he did not send the letter as he had calmed down and saw that acting on his emotions would not be of any real benefit, rather result in more acrimony.

Lincoln was a great listener and the people who were in contact with him always felt heard, even though he did not always agree with them. He had a knack for speaking in plain language and was a great storyteller. He never spoke above his audience and used metaphors to make his point in ways that his listeners understood and appreciated. He had the ability to take complex ideas and put them into terms that everyone was able to understand.

Awareness of the Needs and Feelings of Others

Lincoln had the ability to bring people of differing opinions together and was a great mediator had the ability to mend fences with his enemies. At the end of the Civil War he went to great lengths to not humiliate a defeated enemy through his words and actions. He treated their leader, General Lee, with dignity and allowed the Confederate soldiers to return home with all of their possessions apart from their weapons. He resisted calls from some members of his cabinet and others to deal harshly with the South and rather focused on ways that he could heal old wounds.

Flexibility, Humility and Ability to Learn From Mistakes

Lincoln was known for his open attitude and willingness to listen to new ideas and those that were opposed to his own. He had the self-awareness and humility to recognize that he was fallible and that there were others that had knowledge and information that was better than his own. When he made mistakes, he neither tried to hide or deny them. Instead of dwelling on them, he acknowledged them and moved on as quickly as possible.

< 5 Reasons to Hang Out With People That Are Different From Us
INTROVERTS: Unleashing The Power of the Thinkers in Your Workplace. >