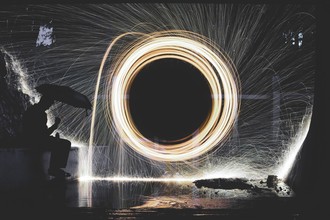 According to the World Economic Forum Future of Jobs Report, emotional intelligence will be one of the top 10 job skills in 2020 The awareness that emotional intelligence has become an important job skill, even surpassing technical ability, has been growing over the last number of years. A Career Builder Survey of more than 2,600 hiring managers and human resource professionals found the following:  71 percent stated they valued emotional intelligence in an employee over IQ  75 percent said they were more likely to promote a high EI worker  59 percent claimed they would not hire someone with a high IQ if they had low EI There are a lot of reasons that high emotional intelligence skills are increasingly sought after by those hiring.

Here are the 7 most common reasons that employers value people with high emotional intelligence:

They Are Better Able to Handle Pressure

Handling pressure and functioning well under high stress situations requires an ability to manage our emotions. People with higher levels of emotional intelligence are more aware of their internal thermometer and therefore better able to manage their stress levels. They have better developed coping mechanisms and have healthy support systems that allow them to work effectively even in highly stressful situations. The increasing rate of change in the workplace will increase stress and put a premium on those who are able to manage the increased stress.

Increased Level to Understand and Cooperate With Others

As teamwork becomes increasingly important in the workplace, people who are able to understand, get along with and work well with others will become increasingly sought after. Highly emotionally intelligent people have well developed people skills allowing them to develop relationships with a diverse range of personalities and people from various cultures and backgrounds. An asset for people who are able to work well with others have sought after attributes in an increasing globalization and evolving diverse workplace.

Everyone has a strong desire to be heard and understood. The ability to effectively listen and respond to others is crucial in developing good working relationships. Most people are too busy thinking of how they will reply to be able to actively listen to what others are saying. Because of their increased ability to understand others, highly emotionally intelligent people are in a better position to put their own emotions and desires aside to respond and focus on listening to what others are saying. Their ability to pick up others emotions allows them to pick up on tone of voice and body language; strong indicators of what is going on with the speaker.

Are Open to Feedback

Open, timely and honest feedback is essential to job performance. People with highly developed emotional intelligence will be less defensive and more open to feedback, especially when it involves areas of improvement. Their high level of self-regard will allow them to look positively at areas that they can improve in rather than taking the information as criticism of their performance. Their strong sense of self will allow them to realize areas of improvement as opportunities to improve their performance and making them even more productive and valuable employees.

More Empathetic Towards Others

Team harmony and working well together calls for staff to be aware of and respond effectively to the feelings of others. People with high emotional intelligence are able to use their understanding of where others are coming from to create higher levels of trust and cohesiveness. This allows teams to focus on the task at hand rather than become embroiled in internal bickering and politics. Their sensitivity to the needs of others acts as a lubricant that allows team members to effectively gel and work together.

Set an Excellent Example for Others

Their ability to not become flustered when things don’t go according to plan and the gift to get along well with others assists colleagues look up to and want to emulate people who have a high level of emotional intelligence. They are people who have a high level of influence in an organization even if they don’t hold titles or official designations. Their example of rising above the daily irritations and problems earns them respect from those above them as well as their colleagues.

Because of their ability to more clearly see things from another’s point of view, highly emotionally intelligent people are able to make better judgements on how their decisions will impact others. Not only will this result in better decisions but due to their sensitivity they will be better able to do more effective damage control in the case of decisions that will have some negative impact. Being able to better judge the impact of decisions allows them to be more proactive and anticipate the reactions of others to a decision.

Bringing it All Together With the rates of change and pressures in the workplace increasing, people who have enhanced ability to adapt to change, manage their emotions and work well with a diverse range of people will become much sought after by employers and human resource departments in all areas of the workplace.