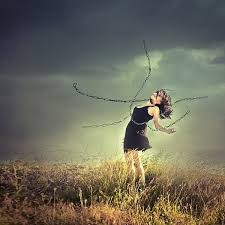 Here's how you can, too:

1. Eliminate as many choices as possible.

We all have a finite store of mental energy for exercising self-control.The more choices we make during the day, the harder each one is on our brain-and the more we start to look for shortcuts. (Call it the "Oh, screw it," syndrome.)  Then we get impulsive. Then we get reckless. Then we make decisions we know we shouldn't make, but it's as if we can't help ourselves.  In fact, we can't help ourselves: We've run out of the mental energy we need to make smart choices.That's why the fewer choices we have to make, the smarter choices we can make when we do need to make a decision.Say you want to drink more water and less soda. Easy. Keep three water bottles on your desk at all times. Then you won't need to go to the refrigerator and need to make a choice.Or say you struggle to keep from constantly checking your email. Easy. Turn off all your alerts. Or shut down your email and open it only once an hour. Or take your mail program off your desktop and keep it on a laptop across the room. Make it hard to check--then you're more likely not to.Or say you want to make smarter financial choices. Easy. Keep your credit card in a drawer; then you can't make an impulse buy. Or require two sign-offs for all purchases over a certain amount; then you will have to run those decisions by someone else (which probably means you'll think twice and won't even bother).Choices are the enemy of willpower. So are ease and convenience. Think of decisions that require willpower, and then take willpower totally out of the equation.

It's also easier to make smart choices when a decision isn't right in front of you. So pick easy decisions that will drain your store of willpower tomorrow, and make them tonight. Choose what you'll wear. (Leo Widrich of Buffer found a way to make this decision incredibly easy.) Decide what you'll have for breakfast. (Ditto for Scott Dorsey of ExactTarget.)Decide what you'll have for lunch--and go ahead and prepare it. Take as many decisions off the board tonight as you can; that will allow you to conserve your mental energy for the decisions that really matter tomorrow. And while you're at it, decide what you will do first when you get to work.

3. Do the hardest thing you need to do first.

You have the greatest amount of mental energy early in the morning; just before lunch, the odds of a favourable ruling dropped to almost zero.Should judges' decisions have been affected by factors other than legal? Of course not--but they were. They got mentally tired. They experienced decision fatigue. The best time to make tough decisions is early in the day. The best time to do the most important things you need to do is early in the day. Decide what those things are, and plan to tackle them first thing. Oh, I know what you're thinking. What about the rest of the day?

Although the judges studied started strong, a graph of their decision making looks like a roller coaster: up and down and up and down. Why? They took breaks--and they ate. Just after lunch, their likelihood of making favourable rulings spiked upward. The same was true after midmorning and mid-afternoon breaks. It turns out glucose is a vital part of willpower. Though your brain does not stop working when glucose is low, it does stop doing some things and start doing others: It responds more strongly to immediate rewards and pays less attention to long-term outcomes. Eat healthful meals. Eat healthful snacks. Not only will you feel better, you'll make better decisions--and will be able to exercise more willpower in making those decisions. And speaking of long-term outcomes...

You want to build a bigger company, but when you're mentally tired, it's easy to rationalize doing less than your best. You want to lose weight, but when you're mentally tired, it's easy to rationalize that you'll start tomorrow. You want to better engage with your employees, but when you're mentally tired, it's easy to rationalize that you really need to work on that proposal instead.Mental fatigue makes you take the easy way out--even though the easy way takes you the wrong way.So create tangible reminders that pull you back from the impulse brink. A friend has a copy of his bank note taped to his computer monitor as a constant reminder of an obligation he must meet. Another keeps a photo of himself when he weighed 50 pounds more on his refrigerator as a constant reminder of the person he never wants to be again. Another fills his desk with family photos, both because he loves looking at them and to remind himself of the people he is ultimately working for.Think of moments when you are most likely to give in to impulses that take you farther away from your long-term goals. Then use tangible reminders of those long-term goals to interrupt the impulse and keep you on track.Or better yet, rework your environment so you eliminate your ability to be impulsive-then you don't have to exercise any willpower at all.If you can't say no to checking your social-media accounts every few minutes, turn them off and put them away for a couple of hours at a time so you don't have to say no.